My name is Graham Douglas and I am a photographer based in Cheshire, in the North-West of England.

I have been an enthusiastic amateur since I got my first camera (a Zenit-E) at the age of 16. I recently decided to take up my hobby full-time after becoming disillusioned with my former ‘real’ job. To this end, I studied for a Foundation Degree in Contemporary Photography at Mid-Cheshire college, graduating in 2011.

My primary influences come from the New Topographic movement: the Bechers, Lewis Baltz, Robert Adams and so on. Other photographers who have had an influence on me include Ed Burtynsky, Martin Parr and Andreas Gursky.

I also enjoy portraiture, preferring a realistic portrait to an airbrushed fake. To this end, I mostly prefer environmental to studio portraiture, with the work of Arnold Newman and Jane Bown as principal influences.

I gained a Batchelor of Science degree in Biochemistry in 1977, followed a year later by a Masters in Computer Science. Although I have spent nearly 30 years in the IT business, I have never lost my love of, and fascination for, science.

This love of science influences the bulk of my photographic work, which mostly attempts to portray a reality of the world around us, rather than to sanitise it into conforming to a non-existent ‘ideal’. One of my motivating desires is to reveal the interesting within the mundane, to photograph everyday items and show that they are worthy of our attention and not just to be passed by without a second glance.

I like the way photography can persuade us to look at things differently: whether by isolating or highlighting aspects of a scene or by drawing attention to things that we often ignore or miss, photographs can help to expand our view of the world around us. I am particularly fascinated by our interaction with our environment, whether that be natural or artificial (‘built’). This interaction is two-way: we modify our environment and it, in turn, affects us. In my work, I try to tease out these subtle interactions; to show, perhaps, a slightly different view of the world in the hope that the viewer will go on to see their surroundings with a new eye and inject a degree of freshness into an otherwise mundane situation. 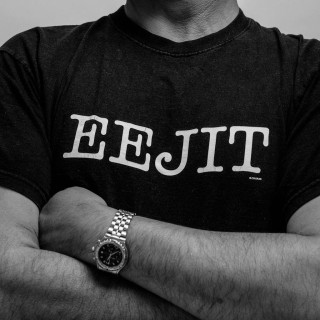